Reschedule your Trip for Free until 2022!

We know that in these uncertain times, change can come out of nowhere. Therefore, for any booking made before December 2020 you have the right to change the date of your trip at any time during the following 2 years…. until the end of 2022, at NO extra cost. This gives you more time to make decisions about your future trip, and also the security of knowing that if for any reason you need to rearrange your trip, we are here to help you!
May we also inform you that we have a very attractive groups policy; for groups of 8 or more people, the ninth passenger goes free. And remember, you can always change the start date of your trip. 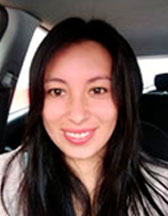 10,000 km² of salt flat spread out across Bolivia’s remote southwest. Salar de Uyuni (Uyuni salt flat) is the largest salt flat in the world, an endless sheet of hexagonal tiles (created by the crystalline nature of the salt), dotted with pyramids of salt. Despite the desert dryness, freezing night temperatures, and fierce desert sun, this landscape is not devoid of life. Pink flamingos, ancient cacti, and rare hummingbirds all live in the  Uyuni salt flat.

During the wet season, the salt desert is transformed into an enormous salt lake, albeit one that is only six to twenty inches deep, traversable by both boat and truck. During this time,  the shallow salt lake perfectly mirrors the sky, creating bizarre illusions of infinity. In the middle of this seemingly infinite salty lake is a hotel built entirely out of—naturally—salt;  we recommend a visit if your time permits.

Also worth travelling to are the nearby Laguna Colorada (red lagoon) and Laguna Verde (green lagoon). Laguna  Colorada is a red-hued lake filled with thousands of pink flamingos, while Laguna Verde is a blue-green salt lake found at the foot of the volcano Licancabur. Its shifting aqua colour is caused by copper sediments and microorganisms living within the lake.

Normally, the tour is conducted in 4×4 trucks (usually Toyota Landcruisers) with 6 or 7 people, with the driver often times cooking.  Most 3- and 4- day tours have the same itinerary for the first 2 1/2 days, a day on the salt plains, then heading south to the southwest corner of Bolivia, and then splitting off from there.  The specific sites that are seen can be dependent on the tour, but group input can define which sites are visited and how much time will be spent at each.

Arrival to Uyuni and transfer to the hotel o restaurant for breakfast (Breakfast is paid for by the passenger); around 09:00 am Pick up to begin the tour. We start by visiting the indigenous community of Colchani, where we can see the rustic processing of iodized salt. From here we enter the vast white desert, passing typical sights of salt extraction such as salt mounds, the “eyes” of the salt flats (small pools where water has risen to the surface), and the first salt hotel, which is now a museum, before arriving at Incahuasi Island, famous for the giant cacti that grow on its volcanic rock.
Picnic lunch on the salt flat (only during the dry season)
We continue our tour in the village of Coquesa, where we visit their famous mummies (dating from 700 BC and still retaining parts of the skin, hair and nails). We then go up to the viewpoint from where we can see flamingos. Transfer to the airport or Uyuni town.

We will visit the Train Cemetery, then continue to the indigenous community of Colchani to see the production of iodised salt in its rustic form. We enter the vast white deserts with typical scenes of salt extraction as mounds of salt, salt eyes and the first salt hotel, now a museum. We visit Sajchilla Island with millenary cactus, a site still unexplored where we will take a walk of about 20 minutes. We continue to Coquesa, located at the foot of Tunupa Volcano, and explore the surroundings where we can see the famous pink flamingos. Lunch. In the afternoon we return to Uyuni visiting Incahuasi Island, a typical place where we can find giant cactus in a habitat of volcanic rock.

Rates Per Person in US$

*Child rate applies to under 8 years old, and sharing room with 2 adults.

We recommend passengers to get trip cancellation, travel repatriation and international medical insurances to cover any inconveniences that may arise during the trip. We also urge them to check with their doctor to update vaccines and review medical concerns regarding international travel.

PERU AGENCY recommends that all of the guests arrive to Peru with their own travel insurance, and that it covers for lost luggage.

PERU AGENCY cannot be held responsible for:
* Baggage lost or delayed during international or domestic flights.
*Lost carry-on items, handbags, or personal articles.
*Items forgotten by guests at hotels, vehicles or venues, or during tours.

We recommend our guests not to include any valuable items in their checked baggage during land transfers.

We reinvented ourselves to look after you!